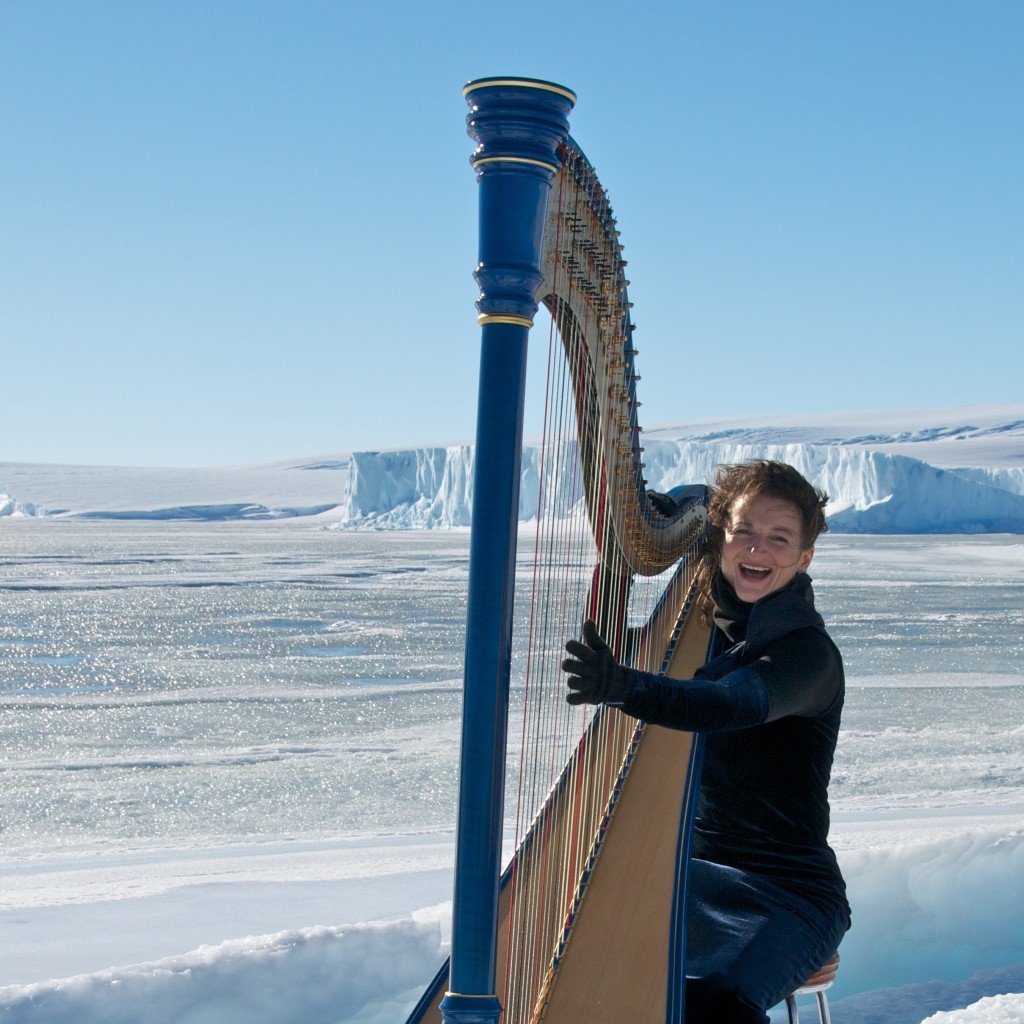 In a special event, we welcome guest Australian virtuoso harpist Alice Giles for a multi-media performance incorporating electroacoustic harp, voice, visual and audio material. The program commemorates the centenary of the First Australasian Antarctic Expedition 1911-1914 on which Giles’ own grandfather, Dr C.T., Madigan, was a member. Works on the program range from Bach and Dvorak to various Australian Composers. Jewish Community Center Kanbar Hall, 3200 California Street)

One hundred years ago, the first ship sailed through the Panama Canal; Mahatma Gandhi was arrested for the first time; Babe Ruth pitched for the Boston Red Sox; Archduke Ferdinand was assassinated, starting World War I – and the First Australasian Antarctia Expedition came to a close. The title of SFCMP’s 44th season-opening concert Alice in Antarctica should leave no question as to which of these historical moments will be commemorated in a special concert with Australian virtuoso harpist Alice Giles. On Sunday, October 12, 2014 at 7:00 p.m. at the JCC’s Kanbar Hall.

Celebrated as one of the world’s leading harp soloists, SFCMP’s guest artist will perform her solo recital Alice in Antarctica — a multi-media event incorporating acoustic and electric harp, spoken and sung voice, recorded spoken voice, visual and audio material. This scintillating journey through music and film honors 20th and 21st century music, Australia’s history, and our fragile and changing environment – as well as Giles’s own grandfather Dr. C.T. Madigan, a member of the first Australian expedition to Antarctica. This unique evening will showcase the first San Francisco appearance of the Electro-Acoustic harp.

The Concert Program incorporates spoken interludes from the unpublished Note Book & Diary of Cecil Thomas Madigan (1889-1947), AAE Meteorologist with visual and audio material gathered by Alice Giles on her 2011 trip as an Australian Antarctic Arts Fellow to Davis and Mawson Stations on the Aurora Australis. It features new musical discoveries alongside some of the most beloved works of the harp repertoire (subject to change):

Alice Giles’s 2014 San Francisco residency is presented in association with the Bay Area Chapter of the American Harp Society.

Breaking Bread with the Composer: Writing for Harp – October 13, 2-3

A free event from 2-3 pm, this is a Q&A session with the artist on the intricacies, challenges, and delights of composing for harp. Composition students, emerging/young composers, and harpists who are thinking about bridging the gap between composition and performance are all encouraged to attend!

In addition to the concert and post-concert reception, Alice Giles’ 2014 San Francisco residency will include a Harp Master Class at Davies Symphony Hall on Monday, October 13 from 4-6 p.m. Harpists and non-harpists are invited to attend. This event is sponsored by the Bay Area Chapter of the American Harp Society.  Admission $25 for Auditors, $50 for Participants.  Click here for more information and to purchase tickets.

Giles’s clever combination of traditional and contemporary music and stunning imagery conveyed both the extraordinary bravery of Mawson’s expedition and the sense of haunting mystery Antarctica embodies. Stimulating, moving and inspiring, this was an impressive creation.” – The Australian, 8th April 2013

Experience Alice in Antarctica by visiting her website aliceinantarctica.wordpress.com 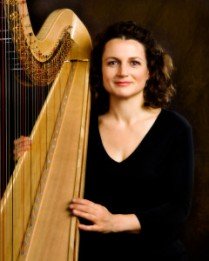 Alice Giles is celebrated as one of the world’s leading harpists. She has performed extensively as a soloist word-wide and was the First Prize-winner of the Eighth Israel International Harp Contest. In 2013 she will be performing in China, Hong Kong, Japan, England, Ireland, Germany and France as well as extensive touring in Australia. Among her Australian 2013 performances are appearances in the Musica Viva Festival in Sydney, Tyalgum Festival, Arts in the Valley Festival, Government House Sydney, ABC Live and Melbourne Recital Hall with the Seven Harp Ensemble (SHE), with the Adelaide Chamber Singers, and the Australian World Orchestra.

Regarded by Luciano Berio as the foremost interpreter of his Sequenza II, solo recital highlights include London’s Wigmore Hall, New York’s 92nd Street ‘Y’ and Merkin Hall and the Frankfurt Alte Oper. A guest artist at numerous festivals, including Marlboro Music, Scotia Festival, Schleswig-Holstein and Insel Hombroich Festivals in Germany, Bath Mozartfest, Australian Festival of Chamber Music, and the Adelaide, Huntington, Barossa and Sydney Festivals. She has commissioned a complete program of works for the electro-acoustic harp, and is Director of the Seven Harp Ensemble (SHE), which has commissioned many new works by Australian composers.

As a recipient of an Australian Antarctic Arts Fellowship, she performed a solo concert at Mawson Station in February 2011 commemorating the Centenary of the first Australasian Antarctic Expedition. Her discography includes several solo harp discs, a concerto disc with the Adelaide Symphony Orchestra, and many chamber music discs for the Tall Poppies, Musikado, ABC Classics, CDI, and Marlboro Recording Society labels. Alice Giles has an international reputation as a teacher, and in 2013 will be giving masterclasses and workshops at the Royal College and the Royal Academy in London, the Royal Welsh College in Cardiff, Beijing Central Conservatorium, Hong Kong Academy for Performing Arts and the Japan Harp Festival.From 1990 to 1998 she taught at the Hochschüle für Musik in Frankfurt and from 2013 will be teaching at the Sydney Conservatorium of Music, Australian National Academy of Music and Melbourne University.

Alice’s Grandfather, C.T. Madigan, on the 2011-14 Expedition to Antarctica 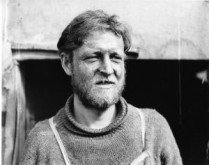