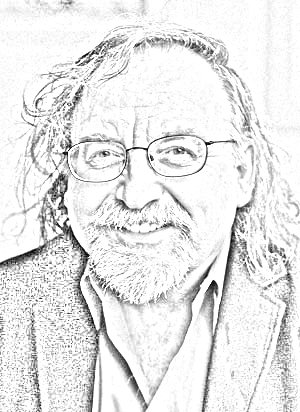 Perhaps one of the most daring, controversial and influential composers of our time, Brian Ferneyhough has left his mark on generations of musicians as a figure who has raised the stakes of musical performance into new realms of sonic complexity and musical thought. His music places extreme demands on performers and audiences alike, posing formidable technical challenges and probing the very essence of musical performance, examining the relationship between performer, instrument and audience. Notationally complex and peppered with apparent contradictions, his scores incorporate a level of detailed information far in excess of nearly any other musical tradition. Yet just the other side of these difficulties lies a rich musical world transcending the sonic sphere, illuminating a space in which the corporeal experience of music making is laid bare by those performers and audiences willing to take on the challenge.

Born in Coventry, England in 1943, Ferneyhough received formal musical training at Birmingham School of Music (1961-63) and later at the Royal Acadamy of Music, London (1966-67), where he studied briefly with Lennox Berkeley. During the late sixties and early seventies his work began to attract attention. Ferneyhough’s 1967 Sonatas for string quartet, a monumental 42-minute exploration of post-Webernian soundscape in 20 highly compressed miniatures, won third prize at the 1968 Gaudeamus Music Week and marks the origin of an aesthetic trajectory continuing through his entire career.

Over the past four decades Ferneyhough’s work has featured prominently on contemporary programs and festivals the world over. In addition to his compositional activities, Ferneyhough has served as a professor of composition since the early 1970s. He has held teaching posts at Staatliche Hochschule für Musik in Freiburg, Germany (1973-1986), University of California, San Diego (1987-1999) and since 2000 has served as the William H. Bonsall Professor in Music at Stanford University. He is closely associated with the biennial Darmstadt Summer Courses, where he has been a regular lecturer since 1976 and counts a generation of prominent composers among his pupils.