Past Executive and Artistic Directors 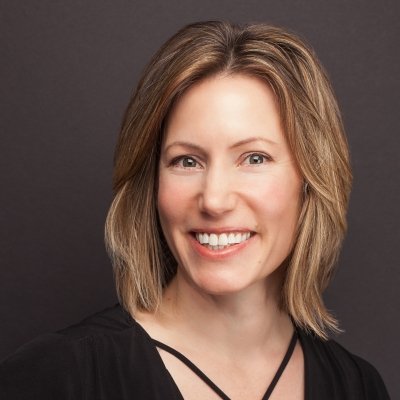 Lisa Oman is the Executive Director at San Francisco Contemporary Music Players (SFCMP). In this role, Oman leads the organization’s strategic vision, ​financial ​planning, ​and fundraising initiatives​. In addition, she provides managerial oversight of concert production, artistic administration and handles the negotiation and final contracting of all artist engagements and fosters artistic relationships in the global music community. She works collaboratively with Eric Dudley, Artistic Director, the Musician’s Union, and SFCMP’s board of directors to oversee the continued development and execution of strategies that are in line with SFCMP’s overall mission.

Lisa has a 10 year plus track record of guiding strategic planning, fundraising, financial management, and program development at nationally-recognized institutions. She has brought to successful premiere 41 commissions and over 50 premieres and has worked alongside top talent across the professional performing and educational music sectors.

Lisa’s fundraising and grant-writing efforts, in concert with the artistic work she and her teams produced, have secured just under 2 million in the last decade and have been recognized four times by the National Endowment of the Arts grants and awarded by numerous leading local and national arts funding agencies such as the San Francisco Grants for the Arts, The William and Flora Hewlett Foundation, the Fromm Music Foundation, Clarence E. Heller Charitable Foundation and others.

Lisa is a seasoned financial and administrative leader for large nonprofit organizations. Oman was the Treasury Manager for The Trust for Public Land–a $350MM organization with 6 regional offices and 35 local offices across the United States. As Director of Finance and Administration at CSU, Sacramento, she oversaw the corporate accounting, information technology and risk management serving Associated Students, Inc, the University Union and WELL Corporations. And prior to joining SFCMP, Lisa was the chief budget manager and financial officer for the Humanities division of U.C. Santa Cruz, with an operating budget $29MM. She performed short and long-range planning for gift and grant administration, organizational and endowment development and financial reporting and business processes.

Lisa has served as founding director of two nonprofit arts organizations, a board member and Festival Co-Producer of Sacramento World Music and Dance Festival and is the founder of Composers and Schools in Concert a nationwide organization whose aim is to engage high school students in the concepts, techniques and skills underlying contemporary music composition.

Lisa has had the honor of presenting at music education conferences, serving as a leader of professional development workshops, has participated in a variety of music-industry panels, served as a consultant for contemporary ensembles and served as a juror of grant awards for the Arts.

Lisa was appointed as SFCMP’s Executive Director in 2015.

A passionate educator, Eric was on the faculty of Mannes College of Music at the The New School in New York, where he directed the Mannes Prep Philharmonic and The New School Chorus, as well as leading the orchestra in concert and teaching the graduate conducting students at the San Francisco Conservatory of Music for the past three years. He has recently been appointed to an ongoing Artist-in-Residence position at the Conservatory of Music at the University of the Pacific in Stockton.

Eric holds a bachelor’s degree in composition from the Eastman School of Music, and master’s and doctorate degrees in orchestral conducting from Yale, where he was the recipient of the Dean’s Prize. He lives in Walnut Creek, California with his wife Melanie and their infant son Ethan.