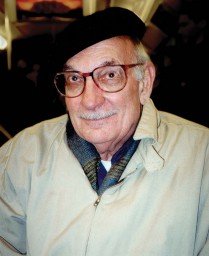 George Crumb was born in West Virginia in 1929 into a musical family, and studied at various schools in the Midwest as well as at the Berlin Hochschule as a Fulbright Scholar. He eventually joined the faculty at the University of Pennsylvania, where he composed and taught for three decades. His highly intuitive approach to composition, with its emphasis on texture, timbre, and line, bore substantial fruit during the 1960s, including the Madrigals (1966-1969), Eleven Echoes of Autumn (1965), and, inspired by the Apollo 11 lunar landing, Night of the Four Moons (1969). Echoes of Time and the River, one of Crumb’s rare orchestral works, earned the composer the Pulitzer Prize.

Crumb was commissioned by SFCMP as part of Project TenFourteen – four concerts with world premieres from ten distinctive composers all challenged to “reflect upon and address the human condition, common to us all.”

Yellow Moon of Andalusia is the setting of Lorca texts, in the composer’s tradition. Yesteryear is a reworking of an incomplete earlier piece.