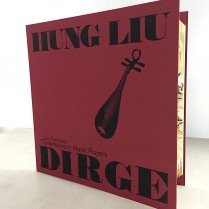 As a fundraiser, the Contemporary Music Players commissioned esteemed contemporary artist, Hung Liu to develop a print that centered around music. Liu created a very large oil painting which is the basis of the print titled, Dirge. A limited series of 45 prints were created, and they are wrapped in a beautiful folio with poetry on the left and an excerpt of music on the top. Local Bay Area poet Richard Lane composed a companion verse for its production which reflects the emotions of the felling of the tree to produce the wood for the instrument (pipa).

We hope you will consider adding this print to your collection and in return you are supporting Bay Area musicians.

Original Price: $1,400
Sale Price (only 27 prints left!): $500 plus shipping. We will email you after the purchase to separately discuss shipping price and options. 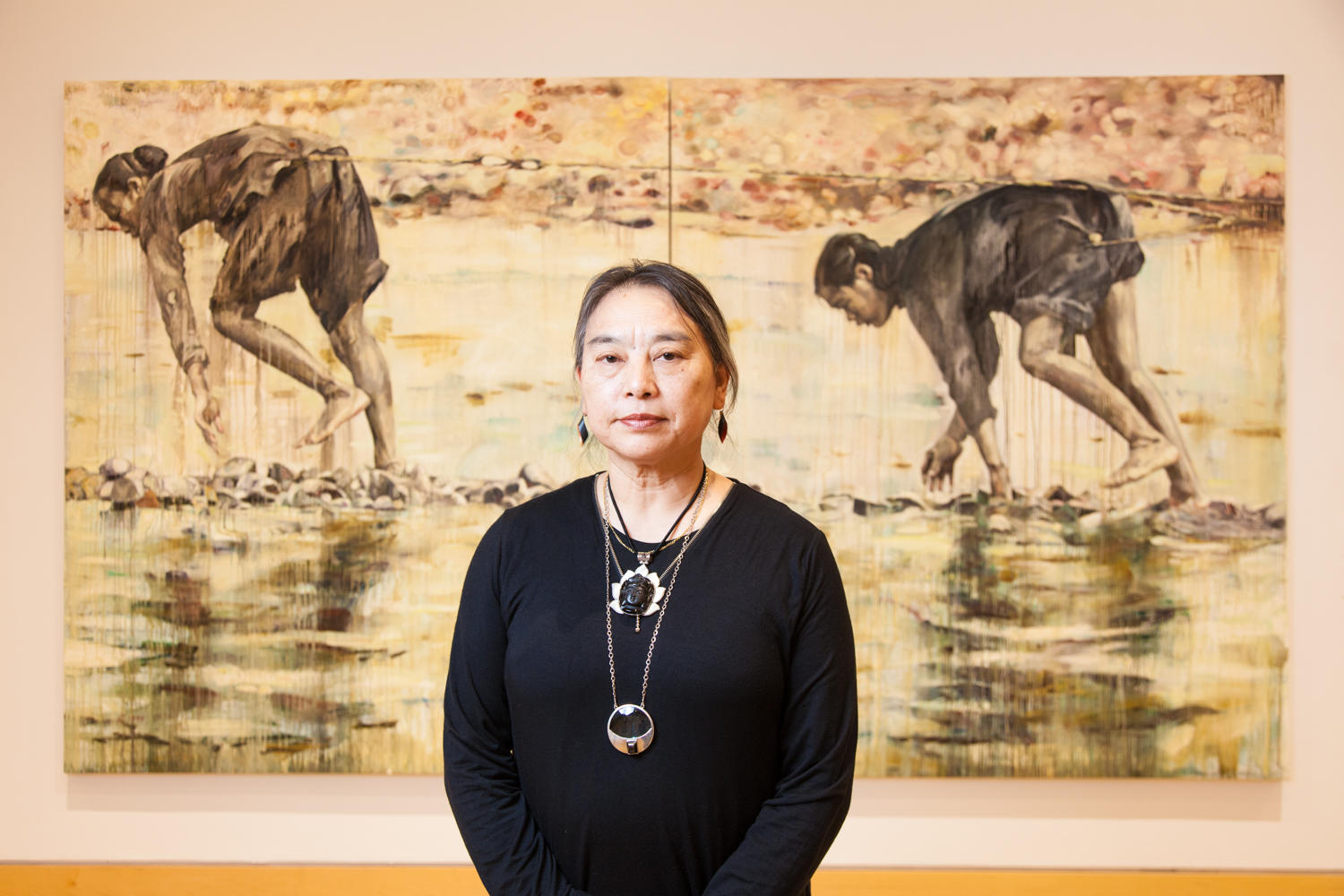 Hung Liu was born in Changchun, China in 1948, growing up under the Maoist regime. Initially trained in the Socialist Realist style, Liu studied mural painting as a graduate student at the Central Academy of Fine Art in Beijing, before immigrating to the US in 1984 to attend the University of California, San Diego, where she studied under Allan Kaprow, the American originator of Happenings.

Known for paintings based on historical Chinese photographs, Hung Liu’s subjects over the years have been prostitutes, refugees, street performers, soldiers, laborers, and prisoners, among others. As a painter, Liu challenges the documentary authority of historical Chinese photographs by subjecting them to the more reflective process of painting. Much of the meaning of Liu’s painting comes from the way the washes and drips dissolve the documentary images, suggesting the passage of memory into history, while working to uncover the cultural and personal narratives fixed – but often concealed – in the photographic instant.  Washing her subjects in veils of dripping linseed oil, she both “preserves and destroys the image.” Liu has invented a kind of weeping realism that surrenders to the erosion of memory and the passage of time, while also bringing faded photographic images vividly to life as rich, facile paintings. She summons the ghosts of history to the present. In effect, Liu turns old photographs into new paintings.

Recently, Liu has shifted her focus  from Chinese to American subjects. By training her attention on the displaced individuals and wandering families of the American Dustbowl, Liu finds a landscape of overarching struggle and underlying humanity that for her is familiar terrain, having been raised in China during an era (Mao’s) of epic revolution, tumult, and displacement. The 1930s Oakies and Bindlestiff’s wandering like ghosts through Liu’s new paintings are American peasants on their way to California, the promised land. In these paintings, which have departed from her known fluid style in which drips and washes of linseed oil dissolve the photo-based images the way time erodes memory, she has have developed a kind of topographic realism in which the paint congeals around a webbing of colored lines, together enmeshed in a rich surface that belies the poverty of her subjects. In this, the new paintings are more factually woven to Lange’s photographs while also releasing the energy of color like a radiant of hope from beneath the grey-tones of history.

A two time recipient of a National Endowment for the Arts Fellowship in painting, Liu also received a Lifetime Achievement Award in Printmaking from the Southern Graphics Council International in 2011. A retrospective of Liu’s work, “Summoning Ghosts: The Art and Life of Hung Liu,” was recently organized by the Oakland Museum of California, and is scheduled to tour nationally through 2015.  In a review of that show, the Wall Street Journal called Liu “the greatest Chinese painter in the US.” Liu’s works have been exhibited extensively and collected by the San Francisco Museum of Modern Art, the Whitney Museum of American Art, New York, the Metropolitan Museum of Art, New York, the National Gallery of Art, Washington, D.C., the Asian Art Museum of San Francisco, and the Los Angeles County Museum, among others. Liu currently lives in Oakland, California. She is Professor Emerita at Mills College, where she has taught since 1990.