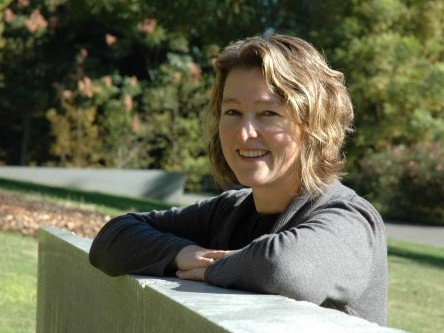 Laurie San Martin is a composer, teacher and an occasional clarinetist and conductor. Her music has been performed throughout the United States, Europe and Asia. She mainly writes concert music for chamber ensemble and orchestra but has also written incidental music for theater, dance and video. Recently she collaborated with Korean gayageum virtuoso, Yi Ji-Young. This experience has opened new creative avenues including an upcoming pansori-based theatrical work for the CrossSound Festival in Alaska and a new work for Korean Daegeum virtuoso Jeong-Seung Kim.

San Martin has worked with many accomplished ensembles such as Speculum Musicae, eighth blackbird, SF Chamber Orchestra, the Lydian Quartet, Washington Square Contemporary Chamber Players, EARPLAY and the Left Coast Chamber Ensemble. She has received awards from the League of Composers-ISCM, the International Alliance for Women in Music, the Margaret Blackwell Memorial Prize in Composition, the American Academy of Arts and Letters, and the ASCAP Morton Gould Young Composer’s Awards. As a composition fellow, she has attended the MacDowell Colony, Yaddo, Atlantic Center for the Arts, Norfolk Contemporary Chamber Music Festival and the Composers Conference at Wellesley College.

She holds a PhD from Brandeis University in Theory and Composition. She has taught at Clark University and is currently Associate Professor of music at the University of California, Davis. Her music can be found on the Left Coast Chamber Ensemble’s San Francisco Premieres CD, released in 2005 and a recent Ravello CD Tangos for Piano performed by Amy Briggs.

San Martin was commissioned by SFCMP as part of Project TenFourteen – four concerts with world premieres from ten distinctive composers all challenged to “reflect upon and address the human condition, common to us all.”

we turn in the night in a circle of fire
by Laurie San Martin
Recorded at the premiere performance, February 22, 2015

From San Martin, regarding her piece we turn in the night in a circle of fire:

“The phrase is a rough translation of the Latin palindrome in girum imus note et consumimur igni.

“The piece explores changing perceptions–the two violin soloists work together as a team and the larger ensemble as another team. As with a palindrome, we are constantly reminded of things we have heard before, and are revisiting familiar ideas but with a changed instrumentation and variation. There is a sense that time is altered to accommodate the changing narrative between the soloists and ensemble.”