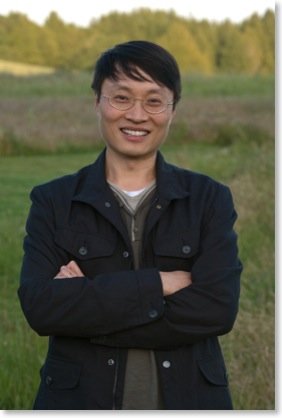 Heralded as “one of the most exciting voices in New Music” by The Wire, Lei Liang (b. 1972) is a Chinese-born American composer whose works have been described as “hauntingly beautiful and sonically colorful” by the New York Times, and as “far, far out of the ordinary, brilliantly original and inarguably gorgeous” by the Washington Post.

Winner of the 2011 Rome Prize, Lei Liang is the recipient of a Guggenheim Fellowship and an Aaron Copland Award. He was commissioned by the New York Philharmonic and Alan Gilbert for the inaugural concert of the CONTACT! new music series.

Liang was commissioned by SFCMP as part of Project TenFourteen – four concerts with world premieres from ten distinctive composers all challenged to “reflect upon and address the human condition, common to us all.”

“The composition explores these voices in a few large sections, starting with bowing on one string that produces multiphonics, double-stop bowing, and pizzicati. It concludes with the threading technique invented by Mark Dresser which allows the performer to bow multiple strings simultaneously.

“The last section is subtitled ‘The Answer Questioned’ as an homage to Charles Ives and György Kurtág.”