“I have observed that there are people who are interested in what’s new and what’s adventurous, and there are people who are more interested in deeply delving into what’s familiar,” says Susan Hartzell, a long-time member of the SFCMP board of directors. Susan attends San Francisco Contemporary Music Players’ concerts with her husband, Harry, and with friends whom they have introduced to the group over the years. “We can’t force people to like new music,” she observes, “but we can expose people to new things, and let them decide for themselves. Even if it’s not for you, it’s important for the community, it’s important for the culture, to keep new music going, to encourage composers who are creating new art.”

Susan was introduced to music the way many have been, by starting piano lessons as a little girl. In 4th grade, thanks to an inspiring school music teacher, she fell in love with the violin. A family friend gave her his instrument, and she convinced her parents to let her have violin lessons, too. Singing in church and school choirs rounded out her musical experiences through her school years, and she is still a member of a choral society. 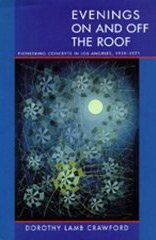 Evolution of “Evenings on the Roof”

While Susan’s family was living in Southern California during the Second World War, her parents had musician friends who introduced them to the flourishing new music scene in the Los Angeles area. One series they regularly attended, “Evenings on the Roof,” featured many of the culturally significant musicians of the émigré community. Susan would go to concerts with her parents when a friend of theirs was performing as a soloist, and she credits those experiences with whetting her appetite for new music. When Susan was 12 years old, her family moved to the New York City area, where art played a big role in their outings, especially trips to the MOMA. Susan’s mother was always curious about new art and music, and she communicated her excitement to her daughter. Susan grew up with a sense that new art and music were important and rewarding.

When Susan met her husband Harry, who also came from a family with a passion for music, they enjoyed listening to the opera on the radio and attending concerts together, and Harry became a new-music fan, too.

During a college summer working at the Aspen Institute, Susan had met the soprano Phyllis Curtin. Later, in Boston, she and Harry attended an afternoon new-music recital that Ms Curtin gave in a small hall at MIT, followed by an evening performance by the Metropolitan Opera star Renata Tebaldi at Symphony Hall. Susan remembers the telling contrast between the two audiences. Ms Curtin received enthusiastic applause; Tebaldi was showered with ovations and bouquets by adoring fans. 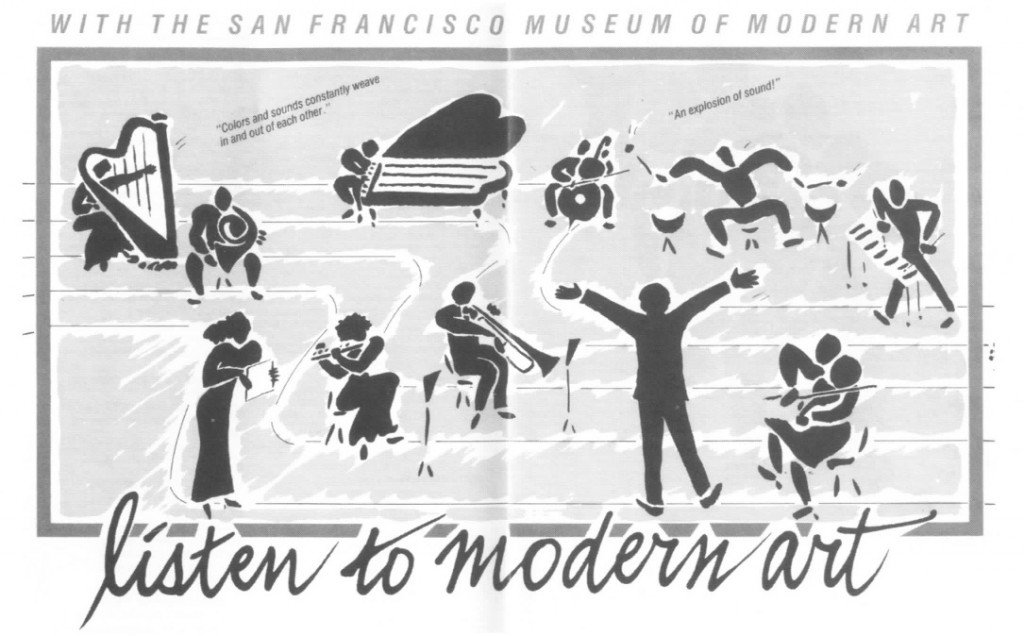 After Susan and Harry moved to the Bay Area, they pursued their interest in modern art by becoming members of SFMOMA. A brochure from the museum invited them to “Listen to Modern Art” by attending SF Contemporary Music Players’ concerts on Monday evenings in the Green Room at the War Memorial Veteran’s Building. They loved the idea of getting a babysitter for their kids and enjoying a “twofer:” attending a concert in the Green Room and seeing art during the extended intermission. 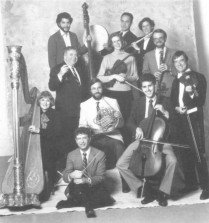 Susan got hooked on the experience of hearing contemporary music in the intimate setting that the Green Room provided. She recalls many memorable moments with the organization. When she first heard a Morton Feldman piece, she admits, ““At first, I couldn’t make heads or tails of it!” Now Feldman’s work has become a favorite. SFCMP provided her first experiences of Schoenberg’s Pierrot Lunaire and other seminal works, some of which were “totally puzzling” and others easily accessible.

Susan especially remembers a performance of John Cage’s “Music for Flowerpot,” in which Willie Winant was required to drop the flower pot right on the beat. “When it shattered,” she says, “I realized how much fun there was to be had, as well as how much stimulation!” One of the joys of subscribing to SFCMP was sharing the concerts with Susan’s parents, who had moved to the Bay Area. It brought their common interest in contemporary music full circle. When her mother passed away, Susan decided to honor her by sponsoring a piece in her memory. They had both especially loved the work of Lou Harrison, so Susan underwrote a performance of his Symfoni #13. It seemed a fitting tribute to the woman who had introduced her to the joys of new music. 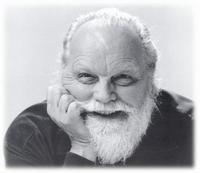 For Susan and Harry, one of the rewarding aspects of supporting the SF Contemporary Music Players is the connection they feel to a community that shares their interest in contemporary music—both their fellow audience members and also the Players, with whom they have become familiar over the years. During the ten years that Susan has served on the board, different artistic and executive directors have brought different styles to the organization. She is glad to see, however, that the organization has stayed true to its mission, and that the players of the ensemble have remained loyal, continuing to present challenging concerts at the highest level. Now, with Steven Schick at the helm, she is excited to see what the future will bring for this venerable but ever-new Bay Area treasure.